LUMAS uses cookies to improve your experience on our website. If you continue, we assume that you consent to receive all cookies on all LUMAS websites. Read More
More works by Massimo Colonna
Marrakech
Japanese Garden
Amalfi Coast
The Journey 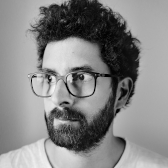 Tribute to Bofill Spanish architect Ricardo Bofill (1939 - 2022) is one of the most influential names in postmodernism. His buildings influence the skylines of Paris, Tokyo and Barcelona, among others, and are often a source of inspiration for other artists. Massimo Colonna has captured the essence of Bofill's design philosophy in his new… Read more

Sketch Film of a Tree

Spanish architect Ricardo Bofill (1939 - 2022) is one of the most influential names in postmodernism. His buildings influence the skylines of Paris, Tokyo and Barcelona, among others, and are often a source of inspiration for other artists. Massimo Colonna has captured the essence of Bofill's design philosophy in his new work "Sea View” – transforming it into an impressive composition of architecture and maritime lifestyle. At the same time, mellow and intense colors converge to form clear geometric shapes: An irresistible invitation for the viewer to imagine himself within the landscape.

An exceptional attitude towards life is on display in Massimo Colonna’s series of works titled The Journey. Via soft pastels and vintage ambiance from decades past, the artist constructs atmospheres that take the viewer on a cinematic journey through time along the Italian coast. The ferry and seaside pool subjects in Colonna’s works are enduring locales, rich in emotion and universal in their abilities to evoke personal connection. Carefully positioned elements, nearly tangible texture, and perfectly coordinated color compositions combine to produce an unparalleled ambience. All of this proves, once again, that Colonna has an extraordinary ability to create idealized images.
Like the renowned director Wes Anderson does in his films, Massimo Colonna recycles well-known stylistic elements and exaggerates them in his representations. This technique allows him to achieve the nostalgia that permeates his costal Italian resorts in such an intense way, all while evoking a timeless sense of leisure.

The beauty of the Amalfi Coast is legendary and only Massimo Colonna does it justice with his new series of works aptly titled Amalfi Coast. The Italian artist transforms the enchanting landscape into works of art filled with vivacity and color, demonstrating his unique ability to harmonize nature and architecture. Influenced by the geography of the location, he captures his subjects from an unusual perspective. The houses on the Amalfi Coast are built directly into the mountainside, offering an incomparable view of the bay below. In Colonna's works, not only can you feel the warmth of the southern Italian sun and the fresh breeze from the sea, but you can also imagine yourself approaching the villas' balconies while gazing at the sailboats bobbing in the harbor below.


Situated south of Naples, the Amalfi Coast has a long history as a recreational destination and a fountain of inspiration. As early as the Roman Empire, wealthy citizens from Rome had lavish and elegantly decorated villas built here, which they frequented as vacation residences. Today the region is one of the most popular in all of Italy and is visited by tourists from all over the world. In 1997, in fact, it was declared a World Heritage Site. Apart from attracting many travelers, the towns on the Gulf of Salerno have also captivated renowned artists. Paul Klee and Picasso were enthralled by the Amalfi Coast, where they enjoyed being inspired by the Mediterranean atmosphere and panoramic views. The Nobel Prize winner of literature, John Steinbeck, once wrote about the small fishing village of Positano, which is particularly popular today as the center of the coast: "I get the feeling that the world is vertical in Positano." Now, Massimo Colonna's works transform his fascination with the Amalfi Coast into a new artistic experience that can be enjoyed every day.

A harmonious balance between nature and architecture is found in the Japanese Garden series. Massimo Colonna links these two elements in idyllic form. By blending classic elements of Oriental Garden Art with contemporary architecture he continues, yet modernizes, the tradition of Japanese garden art. The artworks invite their viewer to revel in the sceneries’ blissful harmony and to meditate on the finely orchestrated details.

These artworks were inspired by the beloved Japanese Gardens and their beautiful aesthetics and tranquilness that has marveled the world for several centuries. One major example is the Shinsen-dō Temple in Kyōto, which stems from the Edo period. This site inhabits a Zen atmosphere that attracts many visitors from all around the world, every year, and it fascinated Massimo Colonna.

For his work the artist beautifully combines the various trees, waters, and pebbles in an engaging arrangement with one another. The elements come together finely, crisply to form a breathtaking composition that exudes a meditative and inspiring energy. The pavilion surrounding the garden opens itself to the viewer, inviting them to come in, feel at home, and immerse. Colonna beautifully rounds off his composition with the background’s forested mountains. They naturally form a frame around the pavilion which is perfectly harmonized with the inner gardens. His work embodies both tradition and modernity and radiates with timeless beauty and serenity.

Many legends are entwined with the city of Marrakech. As one of the four royal cities of Morocco, it’s a place steeped with history. The artist Massimo Colonna resurrects the city’s histories and its royal ambience within his work, which captures the oriental magic of the city and the compositions of its exceptional architecture and exotic birdlife. The result is a dreamy stimulant that guides the imagination to the mystics of the Orient. Colonna presents the city in his own distinctive style using virtual architectural forms that aren’t determined by statics, but by the laws of aesthetics. The noble structures and gardens are given an elegant flair when combined with the beautiful birds. The harmony of their colors and shapes create a unique visual delight.

Marrakech was founded in the 11th century and became the capital of the Almoravid Empire. Its Koutoubia Mosque is one of the most sacred architectural landmarks in the region and is considered one of Morocco's most beloved attractions. The old city’s distinguishing architecture is so special that it was declared a world heritage site, and it enchants countless visitors every year. The fantasy and histories of the city inspired Massimo Colonna. The magic of the city compelled him from the very first moment and ultimately led him to dedicate his work to its beautiful oriental elegance.

Photography remains the basis of Massimo Colonna's artistic work, but it also entails an elaborate digital process. With the use of digital technology Colonna can visualize his architectural concepts. 3D rendering is especially important in this process. It enables him to explore countless possibilities and construct new buildings that will fascinate his audience with their harmony and beauty. The soft pastel colors that Colonna incorporates lend his creations a dreaminess, that could even be described as abstract. Massimo Colonna was born in Scandiano, in northern Italy. He discovered his passion for photography at an early age, and it has remained with him ever since. Colonna is an internationally sought after artist with renowned clientele.
Bio
Massimo Colonna was born and raised in the northern Italian town of Scandiano. In 2018, after developing a passion for photography, 3D art, and image processing, he decided to work independently. This transition allowed him to focus on the materialization of his own ideas. It was the beginning of a significant personal and visual journey of self-discovery that continues to enrich his life today. Colonna creates dreamlike, minimalist images that blend reality with lucid dreams. His artistic successes have led to collaborations with renowned brands, magazines, artists, and designers. In 2020 he launched the " Il Magma" studio with Chiara Ormelli.

Interview
Picasso once said, “you don’t make art, you find it.” Where do you find your art?

I find inspiration from childhood memories, from trips never made, from what I see around me, then I start to imagine how to recreate everything and how to put together the pieces Ihave in mind.


From an idea to its materialization: How do you approach your work?

Usually I start from an idea of a subject or a space, then I start drawing in 3D or on paper to understand how it will become, when the result satisfies me I add the details.


What is your favorite book?

I don't have a favorite book, but there are two writers I am very fond of, Andrea Camilleri and Gianni Rodari, whom I recently rediscovered by reading to my son.


Which artist would you like to have coffee with and what would you discuss?

I would very much like to have a chat with Marina Abramovic and Ansel Adams. With M.A. I would like to be guided by her through her ideas and her methods, with A.A. I would have liked to have accompanied him on some of his photographic expeditions and to talk about development and printing.


How did you get into art?

As a child my parents gave me many toy cameras, my father, since he was young, has always taken pictures with an old reflex that I still own, probably it all started as a child, then over time the technologies have changed but the desire to create and express myself has remained the same.


Who are the people in your surroundings that influence you?

I’m influenced by everyone, anyone can be a source of inspiration and influence you to create something.


Imagine you have a time machine. Where would you go?

Maybe in the future, but I would be afraid of not finding good. I think I would stay here.


Other than art, what are you most passionate about?


What are you working on right now?