"A splash of Photo History Comes to Light" – The New York Times The lost prints The Story of a Rediscovery Around 1982-83, Joanna T. Steichen commissioned editions from Edward Steichen’s estate. Along with George Tice, Steichen’s legendary printer and assistant, she sorted through more than 2000 negatives to make a selection… Read more

The Story of a Rediscovery

Around 1982-83, Joanna T. Steichen commissioned editions from Edward Steichen’s estate. Along with George Tice, Steichen’s legendary printer and assistant, she sorted through more than 2000 negatives to make a selection of 61 images that best represent Steichen’s body of work. Thus, a unique edition was created with a print run of 100 (+ 32 Artist Proofs). George Tice produced prints in Steichen’s tradition: on archival quality baryta paper and individually adjusted in tonality and impression to suit the images. After approximately two years of work, all of the prints were signed by Joanna T. Steichen and George Tice. Only a few of the prints found their way to buyers, perhaps because the idea was too advanced for a photography market that had not yet developed to today’s level. The project’s financial backer, an art aficionado, kept the unsold pictures. Thus, the majority of the edition was largely considered to be lost. LUMAS discovered the prints in one of the financer’s art depots – in absolutely perfect condition! Now LUMAS is very pleased to exclusively offer these authorized treasures of photographic history, which have only recently been made available.

Edward Steichen’s photographs are iconic in 20th century photo and art history. Steichen was at home in all areas of photography: portrait, landscape, still life, fashion, dance, theater, flowers, advertising, as well as war reportage and aerial photography. Steichen was also a painter. Originally from Luxembourg, Steichen and Alfred Stieglitz founded the legendary Photo Secession group in 1902 and actively participated in the pioneering magazine, Camera Work. Joanna T. Steichen explains that after World War I, Steichen even played with the idea of becoming a film director. Perhaps that explains why, in subsequent years, he introduced movement as a fundamental innovation in much of his photography. What is also unique and exciting about Steichen is how he managed – committed only to quality and the joy of experimentation – to create milestone images of the 20th century that were also commercial. Starting in 1923, his magical use of light and movement, of figures and accessories, produced legendary, entrancing photos for Vanity Fair and Vogue, thereby inventing fashion photography as we know it today. He was the Director of Photography from 1947–1962 at the Museum of Modern Art New York, and in 1955, he organized the epoch-making exhibition “The Family of Man.” During its international tour, the exhibition was seen by over 10 million people – an attendance record rarely reached, even today. Steichen died in 1973 in West Redding, Connecticut. In February 2006, Edward Steichen’s hand-colored print, The Pond-Moonlight, was auctioned in New York for approximately $2.9 Million – at that time the highest bid ever placed for a photograph. Works from the LUMAS “The Lost Prints” series have already been auctioned at Christie’s and Sotheby’s for as much as $4,800. The selection of photographs for the LUMAS edition embodies the spectrum of Steichen’s work. Many classic, internationally recognized images are also part of the selection. The result is a so-called “Best of Steichen” series that, as a whole, makes an exquisite museum exhibition. Representative groups include famous portraits (like those of Greta Garbo, Marlene Dietrich, Eugene O’Neill, and Rudolf Valentino), landscapes and urban photographs (including Bryant Park Breadline, New York City, and George Washington Bridge), still lifes, nudes, and Steichen’s inimitable photographs of flowers. The compilation brings Steichen’s entire visual universe before our eyes.

George Tice, Steichen’s longtime assistant and printer, was detail-oriented, and responsible for the quality and approach of the reproductions. Quality and approach? For starters, the prints are of a quality seldom found today. Second, Tice and Joanna T. Steichen determined – with great intuition, faithfulness to the work, and a discerning eye – which images on which paper and with which tone would produce the best results. Another valuable characteristic of this edition is that different papers that were still available on the market in the early 80s were selected according to the image: Kodak Ektalure, Agfa Brovira, Agfa Portriga Rapid or Oriental Seagull, Ilford Galerie. And wherever appropriate, the prints were provided with a light tone to strengthen the effect of the image.

In October 2007, the first European retrospective went on tour to various museums: Jeu de Paume in Paris, Musée de l’Elysée in Lausanne, Kunsthaus Zürich, Palazzo Magnani in Reggio Emilia, Museo Nacional Centro de Arte Reina Sofia in Madrid – these were the first stops of the journey that would finally make this great figure known in Europe. In October of 2007, the German art publisher Hatje Cantz would also publish a large Steichen book with contributions from international authors inviting a profound examination of his life and work.

Joanna T. Steichen describes the beginning of Steichen’s career as a fashion photographer and art director at Vogue and Vanity Fair: “Before the turn of the century, Steichen photographed by natural light, both sun and moon. In 1923, he went to work for Condé Nast as chief photographer on Vogue and Vanity Fair. For his first Condé Nast sitting, he walked into a studio equipped with an electrician and batteries of electric lights. The electrician waited for directions. Steichen, always a master of the authoritative bluff, walked about for a few minutes in silence, apparently designing his picture. In fact, he was pondering the dilemma of artificial light. He knew nothing about its use in photography. So he instructed the electrician to remove all the lights except one, which he proceeded to use through the filter of a sheet, as if it were a natural light source. He reported that the Condé Nast staff buzzed in admiration at this novel and dramatic approach. As the sittings progressed, he added lights, one by one, giving himself careful on-the-job training in the use of floods and spots.” LUMAS’ publication of 61 images in extraordinary print quality, the traveling exhibition beginning in autumn, and the first retrospective book about Edward Steichen appearing in a long time, are three events that will grant the respect owed to this very unique artist.

By Walter Keller, freelance curator at LUMAS and editor-in-chief of “du” magazine (September 2007) 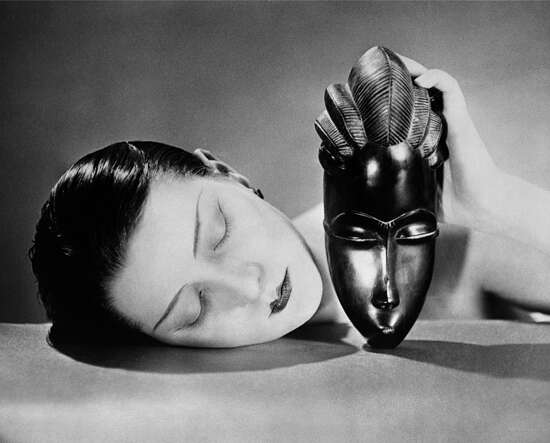