LUMAS uses cookies to improve your experience on our website. If you continue, we assume that you consent to receive all cookies on all LUMAS websites. Read More 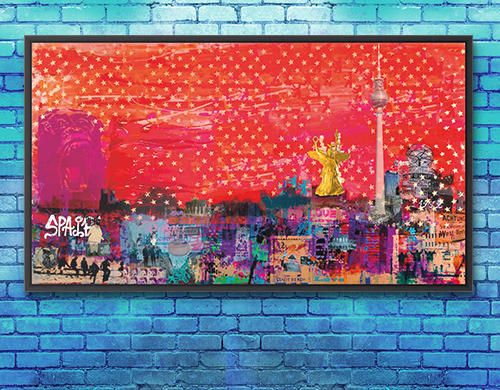 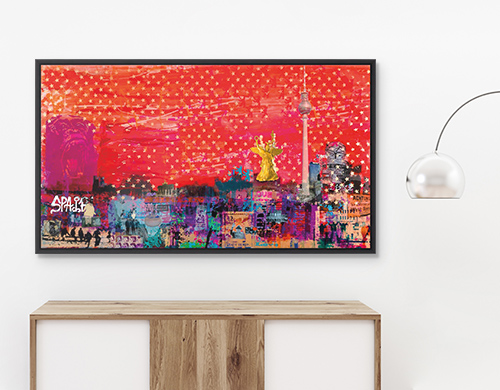 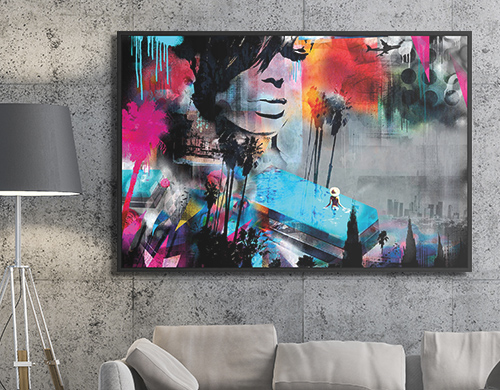 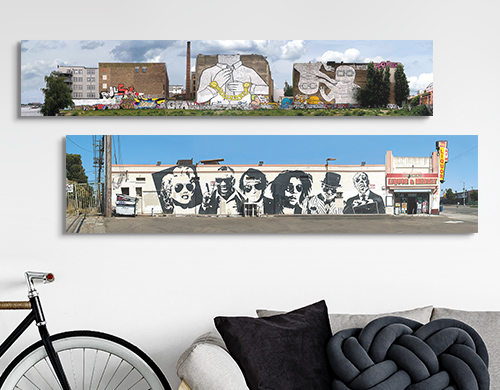 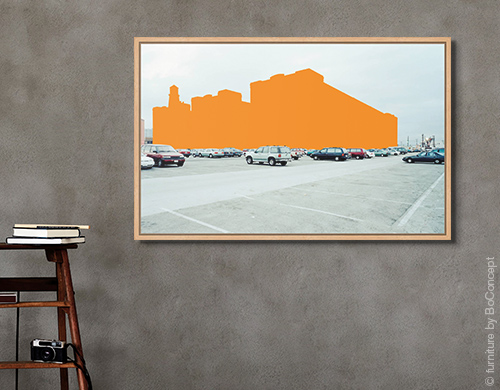 A lifelong Berliner, Sandra Rauch’s personal experience of the urban inspires the juxtaposition of people, monuments and stereotypes in her work. Through the use of collage, she encapsulates multiple realities and perspectives of urban life.

Back to top Discover Sandra Rauch

Tim Marrs’s work relies on the rawness, color, and character of the streets. His mixed media approach involves graffiti and concrete, packing all the life of the streets within the frames of his artworks.

Back to top Discover Tim Marrs

Larry Yust and Urban Art are a perfect match. The artist’s background in filmmaking guides his technique, which results in photographs that document street art along with the greater context of its urban environment. We feel like we were standing right there when the shutter was pressed.

Back to top Discover Larry Yust

The work of Swiss artist Mauren Brodbeck goes beyond pure street art. She sees humanity in buildings. Her photographs are portraits of the city, where the rhythm and repetition of architecture intersect with the habits and rituals of the population.

Back to top Discover Mauren Brodbeck


Urban Art for Sale with Lumas


Urban art is something of a paradox. It proves a maxim: one person's vandalism is another's art. Emerging out of graffiti and street art, urban art takes its inspiration from movements that were originally democratic in nature, rather than the product of art academies. Graffiti and street art have a long history as forms of public messaging and political protest. Rancorous and lude graffiti has been unearthed from the ruins of Pompeii and the Roman catacombs. In the 20th century, contemporary graffiti began in the New York subways in the 1970's, where it was practiced by independent artists, rival groups of gangs, and "taggers." In the 1980's, the Berlin Wall became a blank canvas, where Berlin residents and artists from across the world left their mark, often imparting messages of pacifism or solidarity. Today, street art has become mainstream. In the early 2000's, urban art took the art world by storm, as graffiti and street-art inspired works by urban artists like Blank le Rat, Ernest Pignon-Ernest, Adam Neate, Keith Haring, Jean-Michel Basquiat, and the pseudonymous Banksy are regularly documented and enjoy high visibility in books, art galleries, museum exhibitions, and online, as well as enjoying large scale reproduction on consumer items. The artist Shepard Fairey is an example of how street art and graphic design have become mutually informative, to create some of the most recognizable styles in media and culture.

Whether urban art strikes you as a fine art, a boundary-defying instance of contemporary art, or as inspiring form of activism, our portfolio of urban art contains a wide variety of urban artworks by famous and up and coming artists. Artworks by Lumas urban artists contain prints originally executed as photographs, collages, painting, and more. Explore our curators' selection of urban art prints, including prints with modern abstract or surrealistic motifs, and find the perfect print for the wall of your home or office! 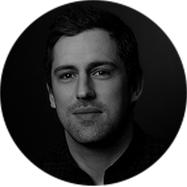 As a LUMAS Curator, Brando Wild is constantly on the hunt for exciting new artists, scouring exhibitions and art fairs around the world. Brando started working as an assistant to renowned photographers during his studies. He is an Urban Art connoisseur who has resided in major cities around the world and has transformed his passion for outstanding photo art into a curatorial career.

As a LUMAS Curator, Brando Wild is constantly on the hunt for exciting new artists, scouring exhibitions and art fairs around the world. Brando started working as an assistant to renowned photographers during his studies. He is an Urban Art connoisseur who has resided in major cities around the world and has transformed his passion for outstanding photo art into a curatorial career.