LUMAS uses cookies to improve your experience on our website. If you continue, we assume that you consent to receive all cookies on all LUMAS websites. Read More
More works by Rafael Neff
Beach
Libraries
Operas
Wine cellar
Artist's book
Movement 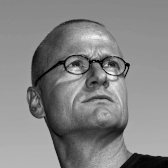 About the Work Movement Rafael Neff transforms his fascination with the refinement and precision of clockwork into a new artistic experience. In his “Movement” series, he showcases the inner workings of exquisite wristwatches through strikingly detailed photographs and, by fragmenting and re-locating the individual elements,… Read more

Introduction
About the Work


Rafael Neff transforms his fascination with the refinement and precision of clockwork into a new artistic experience. In his “Movement” series, he showcases the inner workings of exquisite wristwatches through strikingly detailed photographs and, by fragmenting and re-locating the individual elements, conveys a new perspective on a special asset of European cultural history. Through a wooden frame, the artist creates tension between the mechanical dynamics of the clocks and the calm harmony inherent in wood. Neff allows the viewer to dive into the depths of the movement and makes tangible the high level of craftsmanship behind it.


Watchmakers are highly respected in Europe as well as far beyond the continent's borders. Swiss watchmakers, in particular, are known for their detailed work and the reliability of their products. Swiss movement can be relied upon, and this is known today all over the world. In his work, Rafael Neff uses very special pieces that originate from manufactories that pride themselves on a long history of innovation and exceptional design. Audemars Piguet was founded in 1875 in a small town in the Swiss Jura and is one of the most prestigious brands in the world today. The same applies to the traditional house A. Lange & Söhne from Glashütte, Saxony, which was founded in 1845.

Dabs of colour breathe life into the nearly deserted beach. The light is perfect, the setting impressive. Rafael Neff’s beach photographs feel like the faded memories of distant childhood vacations. The summer guests have long since gone off to other amusements. All that remains is the furniture, old-fashioned and simultaneously timeless.

Before the first vacationers return to utilize them for the mundane purpose of protection from the sun, the roofed beach chairs create their own game of light and colour. It is fragmented and somewhat abstract, as though they are trying to strike up a dialog with the cloudless blue sky, to which the photographer allots an equal amount of space. Rafael Neff’s photographs are atmospheric in the best way. He takes diverse approaches to the subject, bringing his pictures to life with the contrast between focus and blur, closeness and distance, and shallowness and depth.

Rafael Neff has been photographing opera houses and theatres all over the world since 2007. Fascinated, we lose ourselves in a wealth of opulent, baroque ornamentation. Warm colours dominate. The rooms feel almost like cathedrals. One immediately gets a sense of the great dramas that unfold beneath these great domes.

Whether it’s La Scala in Milan, The Royal Opera House in London, the Bavarian State Opera in Munich, or the Zurich Opera House, the glorious buildings regale us with tales of great divas and minor scandals, of applause and excitement, and of great productions and bold experiments. Neff manages to capture the magic spell the stages cast over the actors and audiences. In his photographs, architectural aesthetics from bygone eras meet our expectations and demands in the here and now.

Regardless of whether we are religious or not, rooms that feel so sacred are a joy to behold for every free spirit and aesthete, because they go beyond the individual. These are places where many centuries of the spiritual world have been collected, much more than a single person can gather. Rafael Neff depicts the “temples” of world literature.

The contrast between the libraries could not be greater. The hall in the Benedictine Abbey Admont presents itself with baroque pomp, whereas a more sober atmosphere rules over the Parisian Sainte-Geneviève Library. Neff shows us new perspectives, capturing the aesthetics of different centuries and delivering breathtaking insights. The depth of field makes them feel detailed and clear, but never “merely” documentary in nature.

Rafael Neff lets our gaze wander through the world’s most famous wine cellars. His photographic pursuit of all things exquisite is honoured in these warm aging cellars from renowned vineyards with long traditions. Barrels of fine wines tell of full harvests, precise pressing, and prudent storage. Neff manages to capture the excitement that builds up here over a span of decades.

Whether or not a Chateau Margaux Premier Grand Cru Classe lives up to its potential can only be known after it has been aged for more than a decade. With Neff’s pictures, you do not have to be an expert sommelier to recognise the care and attention that a winery like Lafite-Rothschild grants its vines. The soothing symmetry and reserved light are not all that’s pleasant to look at; the deeper you gaze into the depths, the more overpowering the vaults and the more inexhaustible the wine reserves appear.

Rafael Neff’s unique take on settings and architecture has been turning heads since 2001. His Strandkörbe series has become a constant in his otherwise very diverse body of work. He has won several awards, including the “red dot design award” and the Kodak Photo Award, and has even been nominated for the Design Award of the German Republic.

The son of a pastor, Rafael Neff was born in Freienseen, Germany in 1969. He and his seven siblings grew up in the nation’s south. He studied photography in Mainz, Prague, and New York.
Rafael Neff has been commissioned to and completed successful, award-winning photo series and productions worldwide since 2002. These include works for BBS AG, Audi AG, VW, Automechanika, Sherwin-Williams, dm Markt, the Alfred Kärcher GmbH & Co KG, the Messe Frankfurt, IHK Frankfurt, the Heidelberger Druchmaschinen AG, the FAZ, the New York Times, and many more.
Technique

What sets Rafael Neff’s work apart is his precise vision and technical ability. In his photographs, he enters the depths and reveals a new, detailed perspective to the viewer. By doing this, he brings subtleties to light that might have otherwise escaped us. Beach chairs are made to seem like sculptures, libraries like cathedrals, and wine cellars like holy halls.

Neff recognizes the beauty of objects and captures that through his lens. In his work, most of which contains no people, a dense atmosphere prevails. In large formats, the photographer’s precision and the images’ abundant details become visible.

Interview
Picasso once said, “You don’t make art, you find it.“ Where do you find your art?
Whether I've found the art or it’s found me, that's the question. I find art everywhere because I search! Artists are seekers. We are constantly searching for new ways to express ourselves and our ideas. We experiment, we get set back, we encounter successes and failures, but we always keep searching. That's how I would describe my work.

From concept to creation: How do you approach your work?
When I set my sights on something, I work on it until it's perfect. Only then is it a true form of expression; Only then am I satisfied.
For example, I've been working with gold leaves for 20 years, but now I've given them a different form. It is no longer a means to an end, but rather a pure means. In the philosophy of things, the utmost achievement of an object.

What’s your favorite book?
Ken Follett, The Pillars of the Earth
Schätzing, The Swarm
G.G.Marquez, One Hundred Years of Solitude
Paulo Coelho, The Alchemist
Umberto Eco, The Name of the Rose
P. Süskind, Perfume
... just to name a few


Which artist would you like to have coffee with and what would you talk about?
Picasso. We’d drink wine and discuss bullfighting until the early morning. Afterwards we’d throw pottery together. There are very few artists in the world who have such interdisciplinary skills.


How did you develop an interest in art?
During my time in the army I met designers and artists - I was completely hooked! I immediately began taking courses to qualify for the design program's entrance exam. To earn money on the side, I imitated Van Gogh and Picasso for almost a year - and made a lot of money!

Who in your life influences you the most?
Everyone close to me – because they have a positive impact on my life and they challenge me. This includes, first and foremost, my wife and four children. People who don’t push me to question myslef quickly become uninteresting.


If you had a time machine, where would you go?
To a time directly before a terrible moment in history. That way I could influence the individuals about to take responsibility. The more I think about it, though, I would stay in the present. There is so much to do, to improve, to contribute, that I wish every human had access to such a machine. Maybe then major mistakes wouldn’t happen because we’d think more about the consequences of our own actions.


What is your greatest passion, aside from art?
Sports. Hiking. Cooking. Wine


What are you working on at the moment?
On my gold leaf series. Three-dimensional works with thousands of leaves applied to a gilded plate and suspended in a glass shadowbox. A true work of art that has gained significant attention in recent months, thanks to its inclusion at LUMAS and all their galleries.