The variety of life

The variety of life 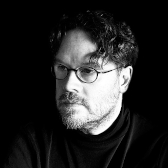 ABOUT THE WORK New York The city that never sleeps? Horst & Daniel Zielske show that’s hardly the case, reinventing the Big Apple as a backdrop devoid of people that could be classified somewhere between nostalgia and futurism. In their brilliant series, the city on the Hudson shines in a new, almost unreal light. The photo… Read more

Introduction
ABOUT THE WORK

The city that never sleeps? Horst & Daniel Zielske show that’s hardly the case, reinventing the Big Apple as a backdrop devoid of people that could be classified somewhere between nostalgia and futurism. In their brilliant series, the city on the Hudson shines in a new, almost unreal light.

The photo artists set out to take “the best pictures of New York”. And indeed, the dawn, the thick rain clouds, fog, and storms in the Zielske photos are breathtakingly beautiful. In twilight, the empty streets and bridges appear like film sets. Streetlamps, traffic lights, lighted billboards and spotlights on buildings create accents in the nearly monochrome compositions: red tones under an elevated subway on a street corner in the Bronx, ochre hues throughout Chelsea.

William Turner is considered one of the Romanticist forefathers of Impressionism. Horst & Daniel Zielske took it upon themselves to bring him into modern times using modern technology. The result is a thrilling homage to the British landscape painter.

As one of England’s most significant artists, Turner let behind an extensive body of work. He traveled a lot, always in search of new subjects. Starting in 2008, the Zielskes retraced his steps through eight countries including France, Italy, and Switzerland. They took photographs of all the locations that inspired Turner paintings over 150 years ago. The point of view and perspective are not always identical, but all of the pictures do clearly demonstrate a fascination for nature. In their view of the world, the painter and the photographers appear to be closely connected.

The coast of Rügen, the largest island in Germany, appears completely lost in reverie. The boulders jut out of the fog in the Elbe Sandstone Mountains. And the North Sea beach appears out of this world. Horst and Daniel Zielske know how to turn real-life subjects into very special art.

The German Symphony and Coastline series contain landscapes of a very special caliber. Between today and tomorrow, in the twilight at sunset, the father and son team find something mysterious for their photos. They are magical moments we would have missed if the Zielskes had not been there to capture them.

Shanghai was not always a megacity. The commercial metropolis dates back over fifteen hundred years, which is reflected in the architecture. Horst and Daniel Zielske took a much closer look at the City of the Future. What they discovered was an almost artificial space between fiction and reality.

Exaggerated dimensions dominate the cityscape. Bridges snake through the streets like fantasy backdrops, making the houses reminiscent of models. Kitsch and commerce force tradition and culture to the outskirts. There are only a few corners where the city’s old charm can still be seen. A thrilling portrait of the city that sparks a desire to visit the Chinese city of superlatives.


When the morning fog spreads out over London, you feel like you’re in one of the classics by Durbridge, Dickens, or Doyle. Horst and Daniel Zielske view the British metropolis as a city full of stories. A backdrop for gripping crime novels. The photographers present the city in a very special light at daybreak.

There appear to be thrilling secrets hidden behind the illuminated facades. “River Thames III” radiates a calm that seems full of tensions. On the other hand, the deserted “St Pauls Tobacco” appears almost romantic. Horst and Daniel Zielske succeed in portraying modern London between old traditions and absolute progress, between historical landmarks and spectacularly futuristic architecture.

To this day, Bauhaus remains a major influence on modern architecture and aesthetics. In honor of the art institution’s 100-year anniversary, LUMAS presents new photographs by Horst & Daniel Zielske. These works celebrate the straight-lined design of the Bauhaus in Dessau. As viewers, we are struck by the cubist forms and clean lines as presented in the Zielskes’ beautifully composed artworks. They show us exactly why this architectural masterpiece has gone into the art history books.

The Variety of Life


A special format is needed to adequately showcase the splendid diversity of nature. Daniel Zielske found the right size and once again surprised his audience: His work The Variety of Life, at 180cm x 550cm, is the largest Edition in the history of LUMAS photography and an absolute highlight of his long career as an artist. With incomparable precision, he captured the "Biodiversity" display case in the Berlin Museum of Natural History, creating an awe-inspiring testimony to nature.

Marveled at the sheer size of the work, the viewer is at once enthralled, and the superb museum quality and dazzling details only enrich its beauty. Reptiles, fish, corals, wild cats, birds of all kinds are lined alongside one another and give the viewer a vivid impression of the diversity of species that makes our earth so versatile and so fascinating. Thanks to Zielske, we can view the beauty and richness of nature in a way never seen before, with the necessary dimensions to strike us and connect us with our environment.

While some father-son relationships might feel more like a sporting competition, Horst and Daniel Zielske work together as photographers in perfect harmony. There’s no hierarchy, no testing of boundaries, no power struggle. Just mutual respect. They have been working together this way since 1993.

Horst Zielske was born in 1946 in Fehmarn, Germany was working as an architectural photographer when his son Daniel came into the world in Göttingen in 1972. Daniel was only a child when he began accompanying his father on assignments. He ended a photography apprenticeship in 1993 in order to work together with his father on a photo book for the first time. Since then, they have only worked as an established team. Over more than twenty years, the Zielskes have been the centre of much attention, largely due to their photo books about Shanghai, Berln, Qatar, and New York. They both live in Göttingen, Germany.

Together, we are one eye.
Daniel Zielske

Together, Horst and Daniel Zielske walk through the city they want to depict. As an established father-son team, they quickly agree on which subjects arouse their interest. Naturally, they don’t always have the exact same opinion. After all, they are different people from two different generations.

Regardless, they work together creatively. On equal footing, Horst and Daniel Zielske discuss aesthetics questions: should they shoot during the day or at night, how long should the exposure be, or where exactly should they put the tripod? Although the photos demonstrate an impressive lightness, they are actually the product of perfect preparation. Angle, image size, and exposure length are planned exactly in advance.

Taking Photographs When No One’s Around

Both photographers love inclement weather. Thick fog, rain, and clouds give their picture a particular allure. Using long exposures of up to 20 minutes, the images seem almost surreal. The photographers’ favourite time to work is in the morning during the blue hour.

A special atmosphere reigns shortly before the sun comes up. Those who successfully capture it have no need to edit their images. That’s why the Zielskes only use Photoshop for minor colour temperature adjustments or to remove dust particles.

Bio
Exhibitions
Interview
Picasso once said, "You don't make art, you find it." Where do you find your art?

At home I have an extensive library that has grown over the years. It is the heart of my home and my absolute favorite place to spend time. It's where inspiration and art find me.

For several years now, my primary subjects of interest have been cities and urban landscapes. To prepare for a new project, I browse through illustrated books, draw inspiration from literature and films, and then I set off. On location, I simply let myself drift. It's exciting to step out of a hotel in Venice in the morning and ask myself, should I go left or right?
On the topic of Venice, I try to interpret this widely photographed city in a different and personal way - far from the tourists and crowds. These moments, when I’m standing alone in an empty St. Mark's Square in the middle of the night working in peace, are very special and surreal. Later on, the city awakens, and I make my way back to the hotel. Tired, maybe also wet and frigid, but happy to have captured an image I’ve longed for.

I can't really pinpoint my favorite book. But for years I've been reading “The Buddha of Suburbia” by Hanif Kureishi over and over again.

William Turner is at the top of my list; A visionary and master of light. We could philosophize for hours about light, form, and colors. His work and his sheer passion inspire and motivate me to experiment. Other topics of conversation would be architecture and the transformation of landscapes and cities in pictures. Last but not least, we would discuss our common fondness of the English countryside and the city of Venice. A cup of coffee would certainly be too little.

Art is a family affair, a cross-generational collaboration. I photographed together with my father for a quarter of a century; I was practically born into photography. My career aspirations as a photographer were clear from an early age. The joint work for travel picture books gradually pushed us into the art world. The first major project was a long-term documentary about Shanghai. Over a period of more than four years, we captured the transformation of this metropolis. The culminating event was a large solo exhibition at the Hamburg Museum of Art and Crafts with an accompanying exhibition catalog.

The collaboration with my father naturally had a strong influence on me.
I enjoy embracing the environment around me and using that as inspiration. However, what particularly fascinates me is complete dedication to a project. When you experience a shared sense of heart and soul, it's a special symbiosis.

I would certainly do a lot of traveling. A good start would be the exciting and vibrant 1920s in Berlin. After that, perhaps roaming the gloomy alleys of London with Charles Dickens. Later, I'd love to look over the shoulders of Renaissance masters like Michelangelo or Leonardo da Vinci. It would also be great to take a trip to England in the second half of the 18th century at the time of the Industrial Revolution. But it's also nice to think about returning to our own time, back home.

Besides photography, I like to spend time in my library, poking my nose into photography books. There is nothing more beautiful than books.

I am currently working on a story about my hometown Göttingen. This work is intended to evolve into an exhibition and book project. After that, I will probably take a trip to Italy to continue the Venice picture series.